I am an Astroparticle physicist with a background in Nuclear and Particle physics. My research is focused on the most energetic gamma-rays that could be emitted by distant galaxies. I work at the University of Rijeka in the MAGIC (Major Atmospheric Gamma-ray Imaging Cherenkov telescopes) experiment. 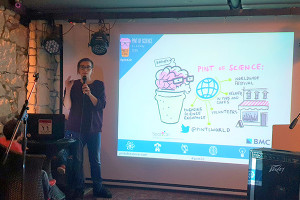 In 2016 I was working as a PostDoc at the Institute of Astrophysics of Canary Islands, in Tenerife, and I participated into the Pint of Science organized there, with a talk on Dark Matter. The atmosphere was great and I had a lot of fun. People were very interested about Dark Matter particle candidates and also about all the other existing particle in the Standard Model! I really enjoyed attending also the other talks. For students and young researchers this is a great opportunity to create a connection between the work of every day and the reason why we do it...Explaining our research to the public reminds us that what we do is not only ours, but should be shared with everybody even if not experts in the field. So when I came to work in Croatia and found out there was no Pint of Science yet I had to do something XD 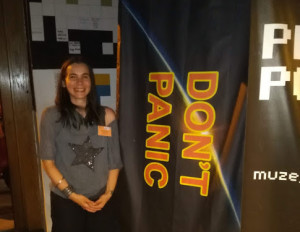 Still in the process XD 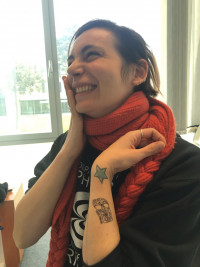 Ahah this really happened during a conference this summer: my favourite science subject is AstroParticle Physics with Cherenkov telescopes and I created a cocktail called “Cherenkov de-light” which is blue as Cherenkov light and decorated with a wavy orange skin in the shape of a (very personal interpretation) ultrarelativistic gamma- ray XD  Recipe is still secret, but I could make it public at some point XD

Bonus question : what do you do in your free time ? 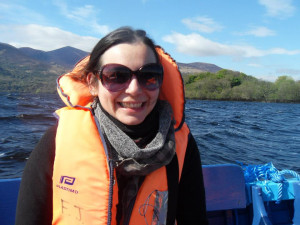 I love reading, running, and mastering D&D making mistakes between the rules of different editions. Often I hide behind doors and suddenly jump out to scare my husband XD Ah I also have 3 small children and I love spending time with them, but I can’t consider this time as free because is super busy time XD So I would call it something like family time but not free XD 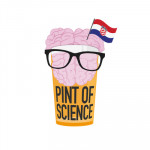 Pint of Science Croatia can be found at pintofsciencehr.com