In our 5 questions series we talk to our Pint of Science Country Directors. Today we meet Luiz Gustavo de Almeida who took over directing Pint of Science Brazil in 2019, but has been involved since 2015. 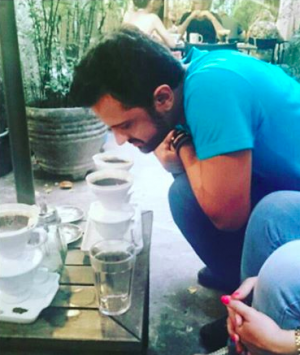 I’ve been a biologist since I was 10 years old or so. Since then, the only big difference is that now I have a PhD in microbiology. I love the interaction between bacteria and everything else. From viruses to human being. Still figuring out who I am though… tuff question. 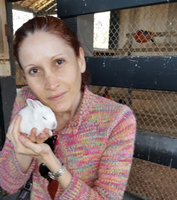 In November 2015 I heard about Pint of Science in the best social media platform (at least at that time it was), Twitter! I saw a picture of a woman holding a pint and talking about something that looks like science. I wasn't sure that such a marvellous idea was real, so I immediately googled everything that was written in that particular tweet and found the Pint of Science web site. I wrote an email to Michael (co-founder) and to my surprise he answered! He introduced me to Denise, who did the first Pint of Science in Brazil just some months before.

At that time I had a blog called Café Na Bancada (something like Coffee at the Bench) and Natalia Pasternak was my writing partner. I told Natalia to come to a meeting with Denise.

In a nutshell, I came out of that meeting as São Paulo coordinator and Natalia became the national Director. We thought that it would be easy and nice to organize a festival in 7 cities (2016)... shame on us… 2020 we’ll have more than 185 cities… where are my coffee and beer???

Well… now that I’m the national Director, the biggest challenge is to come in 2020. I want to make Pint of Science be part of our Carnival Festival, at least in São Paulo. I hope to make it! And of course, manage more than 185 cities with our team will be a tremendous challenge! 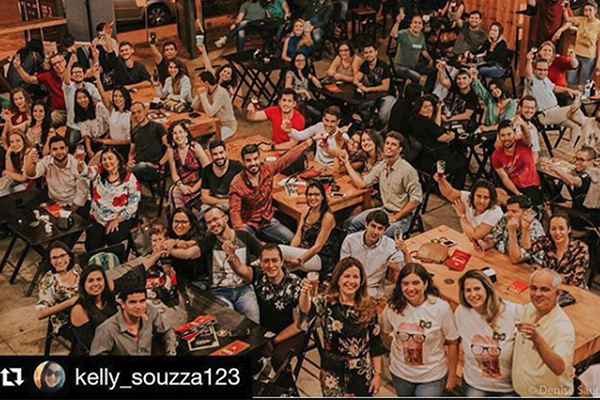 I’ll always remember the very first event - I was the city coordinator. São Paulo, 2016. It was a cold and rainy night. We thought that only our parents and friends would come to see us talking about microbes and black holes. On the first day of the festival I went to the bar at 17:00 just to organize the last details. The bar was still closed to the public and I saw a line of 7 people waiting by the door. “Usual customers” I said to myself.

18:00 and the line got a little bigger and the manager opened the doors. Everybody went and sat in the tables that were reserved for the event. I was like, “Ok! Our first guests!”

Here in Brazil, most of the bars do not open on Mondays. With a little talking, we convinced the manager to make an exception. Lucky him and lucky us! That particular bar could hold 70 people. We had 200 that night when the clock hit 19:30! People standing outside the bar, waiting to hear about black holes and microbes! Un-$#@%-believable! That particular night made me wanna run Pint of Science for the rest of my life.

Evolution is the only solution! Love that! And I’m lucky enough to see that happening in the lab with my bacteria. Evolution is tough, strong and blows you mind from times to times. I think that an Imperial IPA represents the evolution. By the end of the night, only the fittest can survive!

I like to play the guitar, but I should practice a little bit more. I like to code! And make some foolish apps. I love video games but unfortunately, nowadays it takes so much effort and time to play. So I just watch other people play on Twitch TV for like, 10 minutes. My brain likes that.

Pint of Science Brazil can be found at pintofscience.com.br 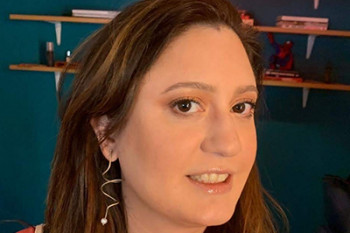 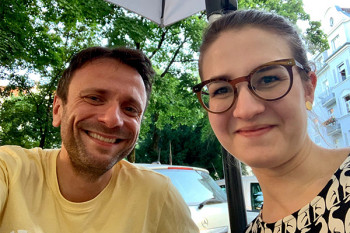 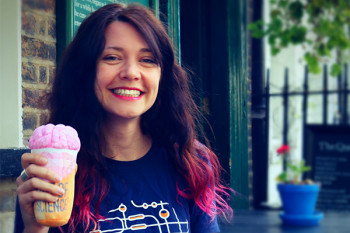 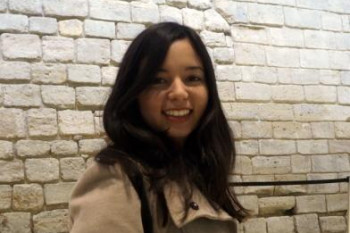 5 questions to: Alex and Marie-Pier - Canada Directors
© Pint of Science, 2020. All rights reserved.