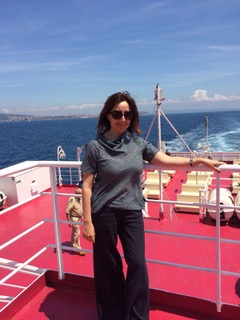 I am an experimental physicist. I decided to become a physicist when I was ten years old after I saw TV programme about nuclear energy. I was so fascinated by it that I pursued my idea to become a physicist the very next year and well… now I am one! I work mainly in the field of particle and astroparticle physics, I was involved in the discovery of the Higgs boson working in the the Compact Muon Solenoid (CMS), a general-purpose detector at the Large Hadron Collider (LHC). I am also involved in the study of astroparticle physics by leading Italy in the Large Hadron Collider forward (LHCf) experiment at LHC and taking part in the search of Dark Matter within the Darkside collaboration.

Well, indeed by chance. I saw a post on Facebook about Pint of Science Italy in 2016 and immediately felt the need to have in Catania where I am, and so it was, the year after. My passion for Pint of Science then grew year by year and since 2019 I have been the Italy Director.

Trying to answer all the chats and dealing with gadgets ;-) Having many cities (this year we are 24 in Italy) is really exciting but also complex to coordinate. There are many differences from team to team, some are very active in their preparation and others less so. Ultimately they all do a great job and deliver a successful festival, and management is part of the game...that's Pint of Science too. 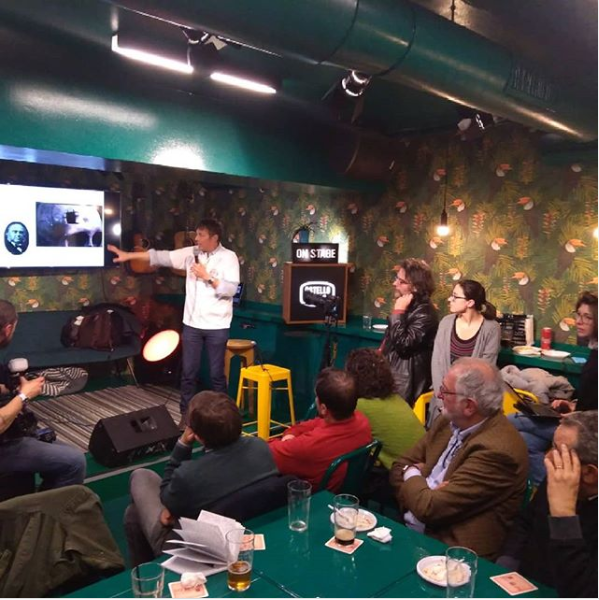 An event in Milan, Italy

There are two experiences that particularly impressed me.

The first: for several years one of our sponsors had been the Italian Multiple Sclerosis Society (AISM) and since then there has been active participation of young people affected by this condition and they are actively present every year in every city in which the theme of neuroscience is present.

The second: a child who was present at an evening on bio-robotics who asked questions and observations on his experience with insects and toy robots that made me understand once again how exciting and useful it is to make scientific dissemination.

I think that with this answer I risk expulsion from Pint of Science! Favourite science subject... well it can only be physics and if I have to combine something to drink with physics I like to drink a cup of hot tea because it helps me to relax and concentrate.

If, on the other hand, you wanted to know which beer I would pair with physics, maybe a blonde one because in the end it suits everyone's taste like physics does!

My three main passions: my cats (or, perhaps it is better to say, the cats to which I belong), sailing and ceramics. 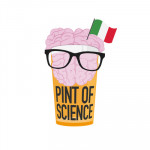 Pint of Science Italy can be found at pintofscience.it